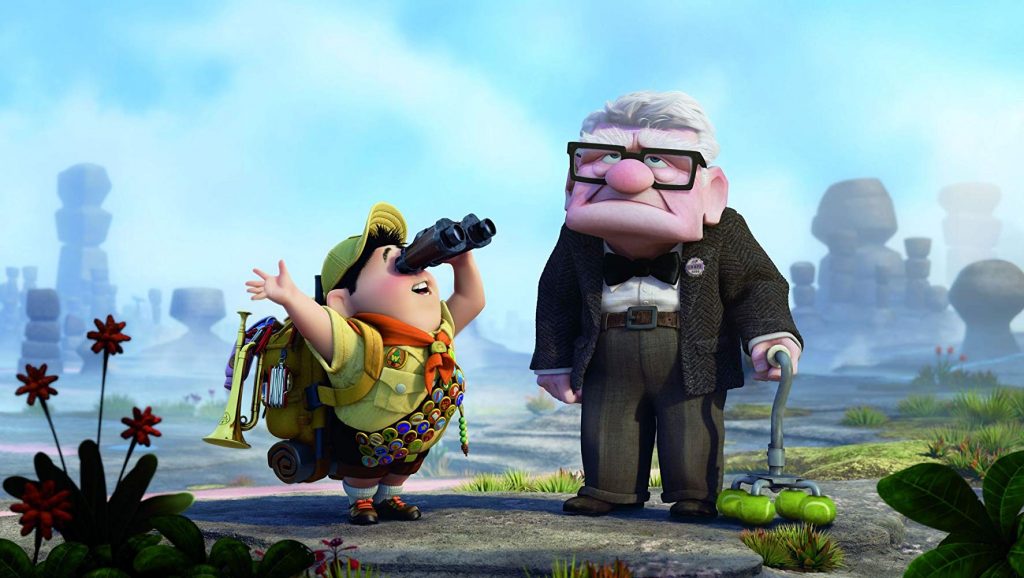 Carl Fredricksen is an elderly and very grouchy widower with not a friend in his neighbourhood. When Russell, a young Scout, comes calling to do a good turn he gets much more than he bargained for, inadvertently becoming a part of Carl’s plan to tie thousands of balloons to his home, float away to the wilds of South America and fulfil a promise made many years previously to the love of his life.

Since its release in 2009 this touching portrait of the strength of enduring love and the power of friendship across different generations has become one of the most successful and critically acclaimed feature length animated films ever, winning Best Animated Film and Best Original Score at the Oscars, as well as over 70 awards at major film festival around the world.

“A wonderful film… a winsome, touching and arguably the funniest Pixar effort ever. This gorgeously rendered, high-flying adventure is a tidy 90-minute distillation of all the signature touches that came before it” – Hollywood Reporter